Quite possibly my favorite posts to write because it entails me dropping a few too many pictures into a post and writing up every random thought I have at that moment in time.  Well, it’s also a way to share with the fam what I’m actually up to and so everyone here gets to enjoy it as well 😉  We’re past the halfway point in January and (knock on wood) it hasn’t been too cold or too snowy! (and because this was pre-written I cursed myself with an impending storm tomorrow…good job).

^^ Stopped by the Brooklyn Lululemon Run Club and sooo glad I did.  The girls were great, helped push my pace, and I got to explore a new part of town.  I hate to write this, but I’ve grown a little tired of Central Park, the hills, and not enough people to run with.  I seem to fall into this weird place running wise – right in between pace groups.

^^ Well, any day (Saturday especially) is made better with a trip to Juicepress.  This shake is quite possibly perfection for post-workout.  I do believe Jackie’s Cold-Brew Warrior (something or other) with almond butter was on par, but she had to pay for that one.

Backpost ~ “52 Magical Places You and Your Dog Need to Visit in 2016” – Luckily I’ve checked a few places off the list, but still, maybe I should find a furry companion 😉

The Peanut Butter Lover ~ “2016: The Year I Stop Subconsciously Scrolling” ~ Goals. But really.

Vermilion Roots ~ “Breakfasts from Around the World” ~ I could take those spinach and eggs any day! Or the dosa. Or the acai bowl. Or the puff pastry with cream cheese and guava paste.  I like how those move downwards on the health train.

^^ view from Monday’s run along the East River Path

As a matter of fact, the city actually had its first snowfall last Sunday and of course I was not prepared in the slightest.  I had slept in, started my laundry and read the NYTimes at Starbucks all by 11 and as I was getting ready to go to spin with some NP folks, I decided the sun meant it was warm and I would wear capris.  Bad news bears.  Everything was fine since the spin class was inside (duh) but later on, after leaving the movies (Bridge of Spies – decent flick nominated and worth a go), the snow was really coming down and I was not as happy of a camper then.  Ah well, live and learn. 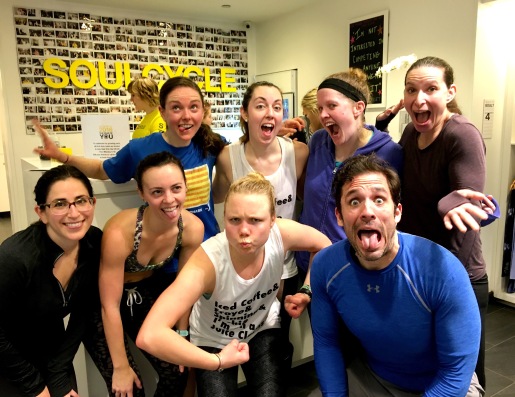 ^^ These amazing folks joined me for a sweaty session and we even lucked out and had Kelly Ripa in our presence!  Yep, the queen of Soul herself, crushing it on those bounces.

^^ See, we actually like to do other things than just run, ok?  This was take #2 of Justin Bieber’s Sorry class and we even got one of the guys to tag along.  He actually was a trooper for dancing it out, but hey, who would turn down a night with at least 20+ lovely ladies? 😉

It’s hilarious that we all know the dance moves because whenever we hear it (Brother Jimmy’s bar as one example), we drop everything and start strutting around.  I thought it would be a hoot if I showed my new dance moves to my new friends in Brooklyn last weekend, but judging as they were talking about the presidential debate and Bernie Sanders, I decided otherwise. 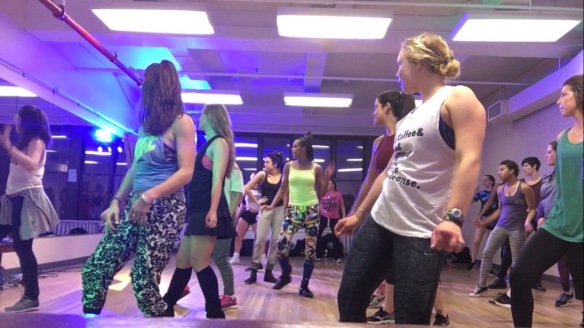 ^^ All about that sass and yes, I may be wearing the same outfit as above.  Don’t worry Mom, I washed it.

A Dash of Cinema ~ “At the Dinner Table for One” ~ I know so many articles are telling us to find other means of motivation and connection besides food, but the dinner table and tradition has such a warm feeling about it, don’t you agree?  Our “dinner table” is usually the couch in front of the TV (we are oh so social) but thinking back to Downton Abbey days or even a nice Sunday night meal at home makes me smile. 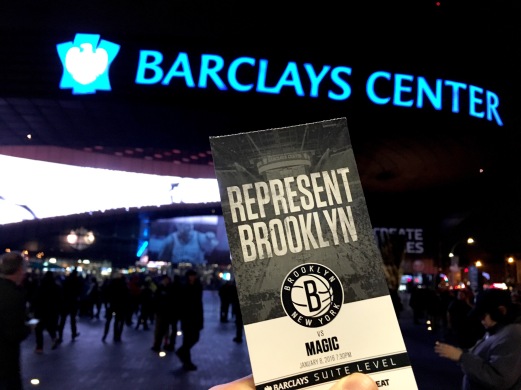 ^^ For now, let’s work to live.  A last minute invite to the work suite and boy was it sweet.

^^ On a not so happy note, as many of you might have seen, we had quite a few deaths in society last week.  On Monday it was announced that Glenn Frey – one of the founding members of the Eagles, passed away.  This one was a little harder to grasp since they were my parent’s favorite and as a result, we spent our fair share of time listening to their albums.

Duly Noted ~ “I Should Be Engaged” ~ My friend posted this along with the following: Wow, this is fantastic. Embrace each moment. Or like my grandma always says, “Be here now.” Don’t get so caught in the future or past to miss the present. This is a great goal for 2016! 👌   I couldn’t have said it any better. 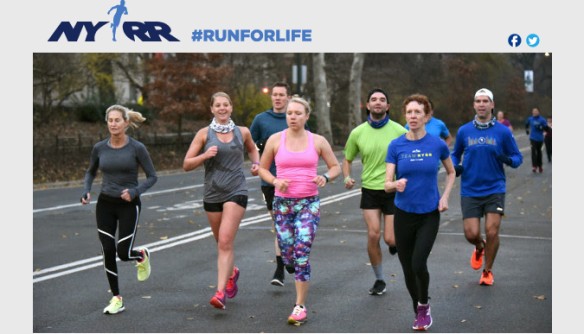 ^^ Oh and run for life.  Shared from Ali’s site because it’s more fun running and taking pictures in groups, right? I may have planned my outfit for this run and since it’s on the world wide web, that means #famousforlife 😉

What’s on tap for your weekend??  Northeast folks, brace yourself for the storm!!